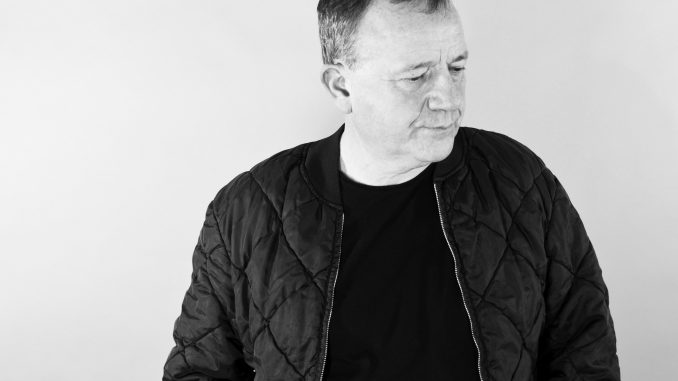 After the long overdue release of Drew McDowall’s debut solo album Collapse in 2015, the experimental music underground saw McDowall as an arrival of an artist that was always here, hiding in plain sight. He was quietly in the background, pulling the levers on some of the most influential recordings in electronic music and with shifting his focus from the role as band member of such legendary acts as Coil & Psychic TV along with his recent collaborative efforts alongside Tres Warren (of Psychic Ills) in Compound Eye, McDowall came to finally identity as a singular artist and figurehead to a movement that has vitally required his presence.

His second full length endeavor for Dais Records is aptly titled Unnatural Channel, allowing McDowall to allocate offerings to the ghosts of his past using methods not fully understood.Moving forward from the impact left with his first album, Unnatural Channel moves McDowall into more uncharted territory. From the opening mark, Drew’s distinct fingerprint is evident on the track “Tell Me the Name”, his signature ambient ebb and flow to pulsing electronics painted over reverberated percussions that have been pulled apart and spun around the spectrum.

Once the introduction has been made, the album moves forward into more rhythmic territory using classic industrialstructures found on his previous work but fused with tumbling aural friction complimented by more techno-based cadence. Views into McDowall’s unconscious are ever-present in “This Is What It’s Like”, a reflective decent into madness brought on by the anxiety of sleep deprivation. Looping the title mantra, the listener gets caught into the author’s own delusion and lost within the auditory hallucination.

The two part suite of “Unnatural Channel” subjects us to a torrent of fluttering and panic-stricken electronics, subtle in its dispatch but powerful in its impact. Field recordings of the most personal, hypnogogic dream-state, lost within itself until McDowall unveils his unbalanced, sequential patterns of fibrous, metallic waveforms and subsonic bass kicks that hit the air with such strength and coercive forcethat it is impossible not to be converted. Ending with the statement of “Unshielded”, the album ties off with the primal voice talents of artist Roxy Farman of the Brooklyn avant-techno duo Wetware. Roxy’s confused phrasing seemingly crashes head-on with McDowall’s cathartic finale, using every method of sonic hypnosis athis disposal to finish with a bold yet disconcerting assurance.