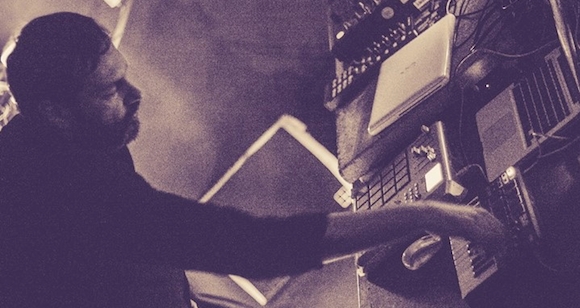 The Native born Canadian, Sidney Sheldon Thompson aka Sid Le Rock has had a prolific career. Currently based in Berlin, he’s been releasing under various monikers such as Pan/Tone and Gringo Grinder, with his newer persona Sid Le Rock a conduit for exploring various forms of electronic dance music.

The High & Low EP sees him do just that. The title track is a midtempo groover that veers between electro-pop, 80s synth workouts, spacy experiments and motorik krautrock vibes – a head mix that works perfectly in Le Rock’s capable hands.

The amusingly titled ‘Judas Beast’ comes from a similar direction, but the pulsing bassline and shuffling groove orientate it closer to the dancefloor. Beautifully designed sounds and melodies float in and out while the percussion remains constantly surprising and deeply funky throughout.

‘Mosquito’ rounds out the release and is perhaps the most out and out club track – drawing on italo disco, synth pop and Le Rock’s innate knowledge of musical progression and development. A revelation of an EP!