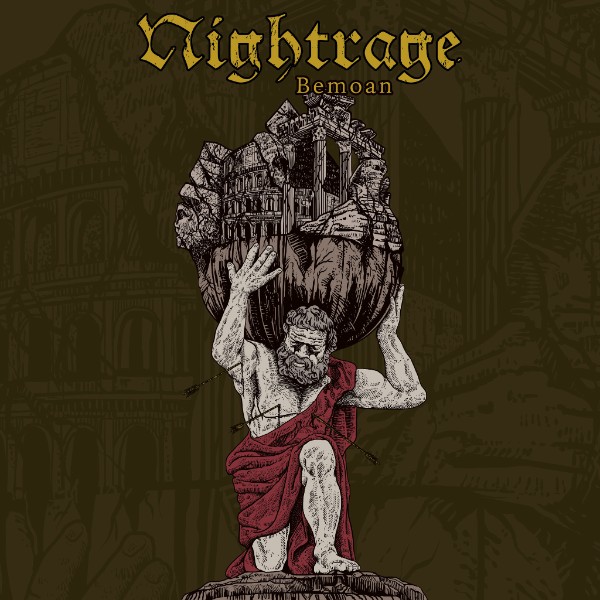 NIGHTRAGE has always been honest and true to their craft and with the upcoming album “THE VENOMOUS” they have made their best album to date. With the addition of Magnus Söderman on guitars and Lawrence Dinamarca on drums, Marios Iliopoulos, Ronnie Nyman and Anders Hammer have reinforced their foundation to create a masterpiece of pure melodic death metal that is “THE VENOMOUS”. The new single, “Bemoan”, from the upcoming album will be released March 10th.

“The lyrical theme of the song handles the fact that every step on the way of our human evolution has lead us closer to our own doom. And when all hope is finally gone, all we can do is wait for it all to end.” //Nightrage

The upcoming album “The Venomous” will be released March 31st via Despotz Records and is a relentless tale of extinction, told with as much venomous aggression as there is intriguing and mesmerizing melodies. Memorable hooks and some of the catchiest choruses that metal has seen in decades, does nothing to compromise the brutality and honesty that NIGHTRAGE is known for. The music is catchy and extreme, melodic and wild! And lyrically it deals with the failure of mankind and how we as human beings are racing towards our own extinction.

Make no mistake, life is hard, but Nightrage is harder!