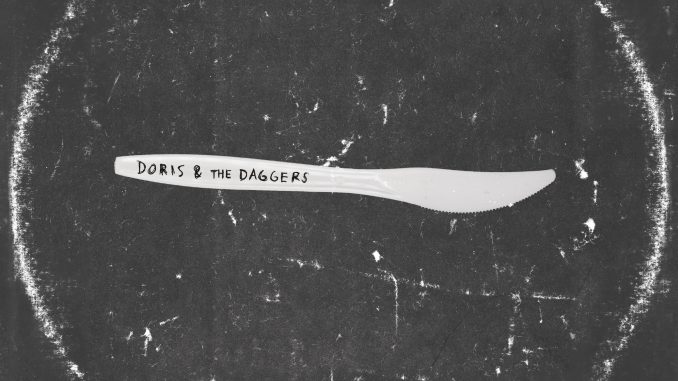 It’s been eight years since Scott Kannberg, aka Spiral Stairs (founding member of Pavement and Preston School of Industry), released any new music. He knows that. The years just have a habit of slipping away sometimes.

You can’t hurry genius – not even the genial, unforced and unpretentious genius that has long been Scott’s forte. Today, Spiral Stairs announces news of his second album Doris and The Daggers – to be released on March 24th through Domino – and shares the first track from it, the album opener ‘Dance (Cry Wolf)’. Its Roxy Music meets Wire slink and stompable groove is a “positive, dance-away-the-pain thing” says Scott whilst the video features Jason Lytle from Grandaddy.

Doris and The Daggers is worth the wait, it showcases the most personal and emotional music Kannberg has ever written, reflecting the life changes that occurred over those eight years. During that stretch, Scott weathered the loss of friends, treasured the joys of fatherhood, lived life as an Australian and even ate haggis meat – experiences that inform these warm, sweetly melodic and soundly honest songs.

The first Spiral Stairs record The Real Feel came in 2009, just as Pavement were announcing a hugely successful burst of reunion shows. After that, Scott and his wife moved to Brisbane, Australia, started a family and life simply got in the way.

Having moved back to Los Angeles, the original concept for the album was to go to Seattle’s Orbit Studios and “record the whole thing in a week, like the old days.” Then, a month before the trip, Scott awoke to heart-breaking news: Darius Minwalla, who had drummed with Preston School of Industry and on The Real Feel, and was scheduled to play on the mooted Seattle sessions, died suddenly in his sleep.

Scott was deep-sixed by the news, and it would be another three months before he was ready to return to the studio. By that time, the album had changed – the songs had grown in the interim, become longer, more emotional. Following Darius’ death, Scott went to spend time with his friend, singer-songwriter Kelley Stoltz, up in San Francisco, where they bounced ideas off each other. “His influence made me turn the record in an entirely different direction.”

Instead of a week-long blitz, Doris and The Daggers was recorded over a more civilised, considered batch of short sessions at Exactamundo studios in Eagle Rock, California. Long-time low-end foil Matt Harris returned on bass duties, while the drum-stool was adopted by Broken Social Scene’s Justin Peroff. The trio cut 30 songs in all, while a number of Scott’s close musical friends stepped in to make some key contributions. Peroff’s Broken Social Scene cohort Kevin Drew sang on ‘Emoshuns’, Kelley Stoltz lent guitar to the summery chime of ‘AWM’, and The National’s Matt Berninger lends vocals to the bittersweet, zephyr-light ‘Exiled Tonight’.

“I guess I’ve been writing songs for a while now,” reflects Kannberg on his second album. “I like hearing echoes of things I love in the music that I make. Writing music doesn’t come easy to me – it’s hard to write a song that’s good. But our memories slowly escape us as we get older, and in songs you kind of relive those moments, the things that matter.” And that’s part of the key to Doris and The Daggers’ charm, along with the lyrical wit and Scott’s unerring knack for tuneage as embraceably familiar as a beloved sweater; these songs are full of life, stories engagingly told, and a sense of affection for everything that happens within them. You’ll keep returning to them again and again, and hope that Scott doesn’t wait so long to cut his next batch.