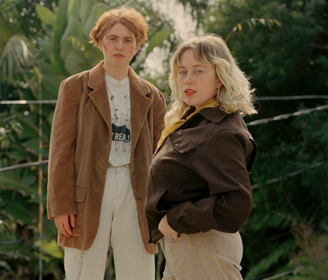 Today, Girlpool have announced that they’ve signed to Anti- Records and released a video for “123,” the lead single from Powerplant, the long-awaited follow-up to the band’s critically acclaimed debut. The FADER, who recently featured Girlpool on their magazine cover, are calling the video “weirdly lovable clip” Powerplant is available for pre-order now and due out via ANTI- Records on May 12th.

The band will be playing a few showcases at this year’s SXSW Festival in Austin, US in March. The exact details will be announced soon.