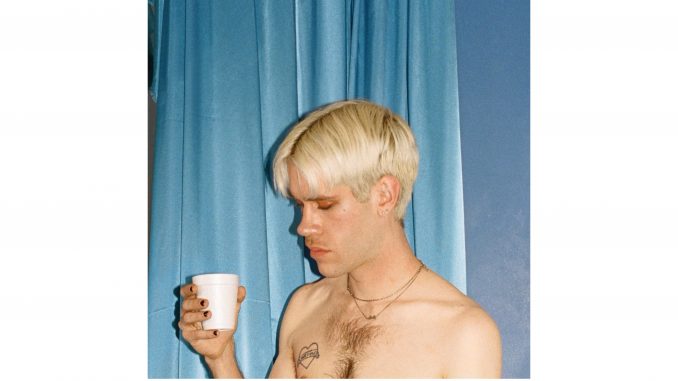 Fans were offered a glimpse into The House recently, with the release of “Country” – a melancholic, tender ballad showcasing Maine’s confident songwriting. The accompanying video, shot in upstate New York and co-directed again by Maine & Harwood.

“‘Country’ traces a narrative of vulnerability so complete that listening to it feels voyeuristic. Whispering synths, piano, and Maine’s wavering voice bring the song to an emotional climax without the insistent beats that de ned [previous album] ‘Pool’. The songwriting, too, is concise and impressionistic” – PITCHFORK ON “COUNTRY”, BEST NEW TRACK

“he can go from pickup-truck casual to heartbreakingly chic in just a matter of seconds.” – VOGUE ON “COUNTRY”

The House was written and recorded over an 18-month stretch, immediately following the completion of Porches’ breakthrough record Pool. Taking a diary-like approach, Aaron documents a period of time through the 14 gorgeous songs on this record.
Says Aaron Maine, on The House:
“The House is a diary. The House began immediately with a sense of urgency. A different kind of urgency than I had experienced previously when writing songs. I wasn’t sure exactly what this meant while it was happening, but it felt necessary to embrace it.

The songwriting became an exercise in documenting my immediate experiences, which writing has always been for me to a certain extent, but something particular was compelling me to try to portray these moments in a more linear way. Writing this record was a form of meditation, an escape, a routine – selfish at times, as it became an excuse to avoid my immediate surroundings.

Half the time, I still won’t understand what was going on in my head when I listen to a song I wrote – even months later – but things seemed to be changing fast, and writing these kind of vignettes was soothing to me, a way to kind of slow down time. I don’t think I was necessarily working through anything during the process of writing, if anything maybe avoiding that, but the album has become something different to me in hindsight: a way to look back at a time in my life and see my guts at play. To try and understand what was going through my head as I slid these songs out is an interesting experience, sometimes exciting, sometimes embarrassing, sometimes heartbreaking, sometimes still totally confusing. I am happy to have these 14 songs in one place to look back on and stumble through and hopefully learn something from, and I am excited to share them with you.”