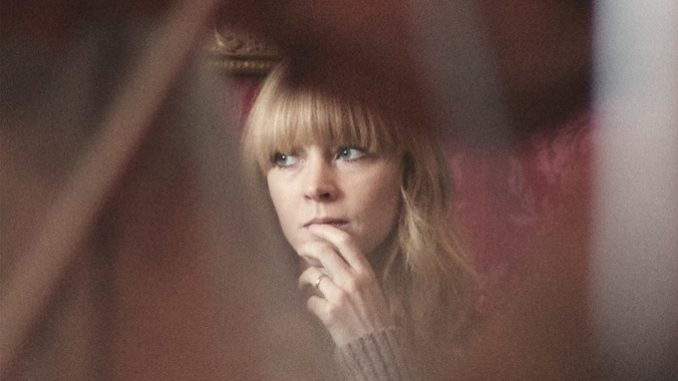 Lucy Rose is thrilled to announce details of a new album and a global cinema tour to showcase the record and a companion documentary film.

Something’s Changing is released on the 7th July through Communion Records. The album will be accompanied by a stunning short documentary, acting as a fly-on-the-wall account of Lucy’s debut tour of Latin America last year. The trip, organised independently by Lucy with the help of her Latin

American fans, became a huge inspiration for the record and the film is an intimate account of how it all came together.

The documentary will act as Lucy’s support act for the Worldwide Cinema Tour, with Lucy’s Latin American fans amongst the first to be able to watch it on her return visit in May.

Like all folkloric stories, the making of Something’s Changing has a certain degree of serendipity. Following the European tour commitments of Lucy’s top 10 second album Work It Out, and the ensuring break from the road, she noticed a steady stream of tweets reaching her from Latin America, and the unlikely statistic that her music’s most listened to city on Spotify was Mexico City. It gave birth to the seed of an idea that became a real labour of love over the next six months. Lucy offered her fans in Latin America a deal: “If you book me a gig, I’ll come and stay”. It was a ‘loco demente’ plan but the outcome was far more fruitful and inspiring than could have been imagined.

For two months Lucy, her guitar, and her backpack toured Ecuador, Peru, Chile, Argentina, Paraguay, Uruguay, Brazil and Mexico, playing free shows, staying with fans and “falling back in love with making music”. The documentary of her experience there, fans blocking the street outside a gig above a launderette, trying to sleep on endless inter-city bus rides, living with families in out of the way towns and overwhelmed by the kindness and faith in music of those she met, is deeply moving. She took a camera with her and filmed as much of the trip as she could remember to.

“Music is actually more than music for most people in the world,” says Lucy. “Lots of my friends and family won’t have that connection to music like the people I met, but to them it’s more than just having background music when you’re cooking, it’s saved them in some sort of way.

“The documentary is a big part of this record and I think it explains why that trip was important and why it lead to me making the record that I’ve made. The trip gave me confidence to do things like record in just one take and the songs came more easily.”

Surfing on the insights of her travels, Lucy set out to make the third album her own sweet way. Real emotions, unprocessed, people playing in the same room, and if she wanted the bass to sound like Scott Walker’s bass that would happen. Through a friend of a friend she hooked up with Brighton producer Tim Bidwell, and in the studio in his house found the ideal place to explore the evocative intimacy and widescreen sweep of the new songs.

Every week Lucy would take the train to Brighton. The record was made in a remarkably fluent seventeen days. Major contributions were made by Tim’s in-house bassist Ben Daniels and drummer Chris Boot (soon to head out as part of the live band) as well as guest appearances by Daughter’s Elena Tonra, Bear’s Den’s Marcus Hamblett and Matthew and The Atlas’ Emma Gatrill. On two tracks vocal harmonies are provided by The Staves (‘Floral Dresses’ and ‘Is This Called Home’). Meanwhile the experiences in Latin America add to the very human heart of the record.

“The songs just came more naturally after that trip, and from feeling good, and from learning so much about myself. And it’s also that I feel the most comfortable in my own skin that I’ve ever felt in my life. So there is a lot of searching but there’s been a lot of discovery which is on this record as well.”

With a new partnership with Communion Records and an exciting new band for touring, Lucy Rose is as revitalised as it gets. This year for some dates she’ll tour alongside the documentary, returning to Latin America first and then India, Europe, the US and Asia. Her heart and soul stuffed backpack is going to see a lot more airports. And if ‘Somethings Changing’ does the job it should do, she’ll finally get the recognition she deserves as one of the UK’s best songwriters, and a true believer in the power of music.

ENRIQUE IGLESIAS utses till Top Latin Artist of All Time