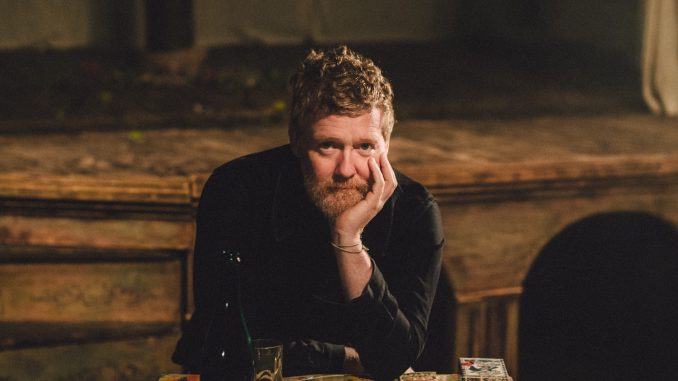 Glen Hansard was set to perform on Late Night With Seth Meyers last week (January 18) to celebrate his new release Between Two Shores, coming out this Friday (January 19) via Anti-. Today, Hansard revealed the official music video for the album’s opening track, “Roll On Slow” with NPR Music who noted, the “gorgeous animated video nicely captures the new song’s buoyant swells and notes of alienated longing.”

Hansard described his inspiration to NPR revealing, “‘Roll On Slow’ was written while I was living in a former women’s refuge called the Florence Mission on Bleeker Street in NYC. My girlfriend was away in Europe and I was drinking too much. I was walking home from the Jonathan Swift bar at dawn, which was happening a few too many mornings in a row. The song is simply about missing your girl and being unable to take care of yourself.”

Directed by Piotr Kabat, “The video attempts to bridge the gap between animation and film. While it’s entirely hand-drawn, the organic and grainy look is inspired by classical movies shot on film.” Kabat added, “In terms of story we wanted to convey the vibe of a solo night out in New York. Getting kicked out of bars and hanging out in front of liquor stores ‘til sunrise just to escape from your own demons.”

Next month, Hansard embarks on a European tour in support of Between Two Shores, beginning at the Royal Festival Hall in London on February 9th.