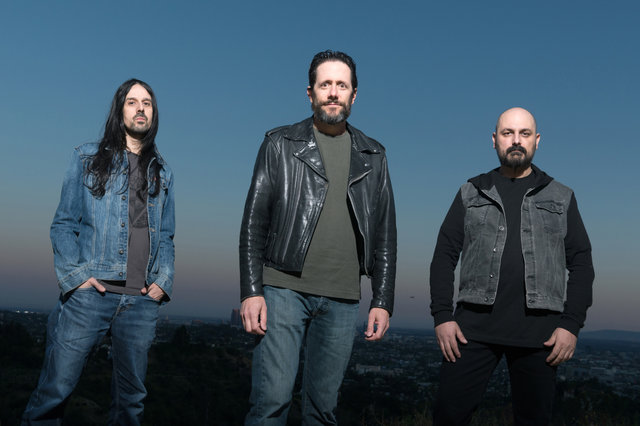 Mike and the boys are hard at work completing the new album and preparing themselves for its launch in 2018.

MINDWARS was created in the fall of 2013 by the desire of two individuals who wanted to bring the sound of metal from the 1980s to the current power of today. Mike Alvord formerly of HOLY TERROR and Roby Vitari formerly of HEADCRASHER and JESTER BEAST, met by chance in 1989 when HOLY TERROR was touring Europe in support of their 1988 release Mind Wars.

Approximately 25 years later Mike and Roby reconnected through the internet and discussed creating something musically that they both believe has been lost. The result is MINDWARS, a rebirth of speed/thrash metal with metal, punk, and rock influences. MINDWARS have released two full length albums, “THE ENEMY WITHIN” and “SWORN TO SECRECY”. The later was mixed and mastered with legendary metal producer BILL METOYER. Bill’s credits include the likes of Slayer, Dark Angel, D.R.I. Fates Warning, and dozens more!

MINDWARS are:
MIKE Alvord – GUITAR/VOCALS
Mike was absent from the music scene since the demise of Holy Terror in 1989. However, he has since reemerged and has a vault of musical diversities and plans to continue unleashing this sound with MINDWARS.

ROBY Vitari – DRUMS
Roby has been a staple in the Italian music scene for over thirty years. He has toured Europe extensively playing drums for various bands and recording dozens of records. His musical credits extend to studio work as an engineer and producer.

DANNY “Z” Pizzi- BASS
Danny provides the pounding heart beat and solidifies the rhythm section along with his Italian cohort Roby. He has been active in the music scene since 1990 playing in many rock/metal bands in the Turin area.

Mike Alvord / Mindwars comments:
“I am ecstatic to be working with everyone at Dissonance and stoked to be part of their family! With Do Unto Others, I hope to continue the aggressive drive of the music so many of us love! Speed Kills!!!

Steve Beatty / Dissonance Productions comments:
I’m so excited to have Mindwars on the label! I really like their previous two albums and was always a big fan of Holy Terror. I expect the new album to elevate the band to new heights and hope to see these guys hit the road in 2018!