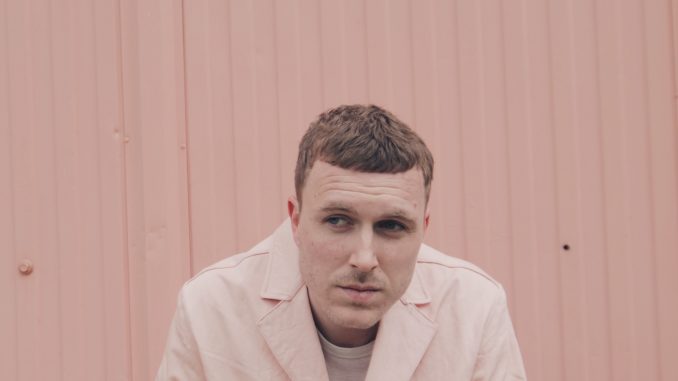 While the song has only just emerged from the shadows today, its inception dates back to 2013 as a demo spawned from sessions at an abandoned film studio outside Oslo which Gundelach shared with live band member Pål Ulvik Rokseth. Gundelach named the initial Rhodes chordsand Juno-60 arpeggio sequence “Boris” as it sounded Russian to him. After resurrecting the track this year with melodic contributions from Nanna Brickmann, whom he co-wrote breakthrough track “Spiders” with, and after some production contribution from friend Stig (Unge Ferrari), Gundelach brought it to London to finish with John Calvert.

As Gundelach notes, “The lyrics of ‘Holy Water’ don’t really make sense as a narrative. It’s more of a feeling, something abstract. I get the same feeling every time I listen to it though. The same feeling I got when I listened to ‘Boris’ back in 2012.”

“Holy Water” comes on the heels of recent track “Garden”, Gundelach’s first new single since the release of his debut EP last year. A churning disco track anchored by a smooth-as-silk bassline that rolls like a tidal wave, “Garden” was a re-introduction for Gundelach and marked the beginning of a string collaborations from his forthcoming debut LP.

Born Kai Gundelach, the budding artist released his debut self-titled EP May 2016, which firmly established him as one of Norway’s most intriguing new pop artists. Driven by knockout singles”Spiders” and “Fjernsynet,” Gundelach drew praise from both media and streaming editorial at Spotify, Apple, and TIDAL, and his effortless falsetto and Nordic-noir analog-electronic production drove him from being an underground favorite to a major crossover artist of the year in Norway.

Following performances at major summer festivals such as Roskilde and Øya, as well as sold out shows at theater-sized venues, his debut EP was nominated for Pop Album at Norway’s Grammy equivalent (Spellemann Awards). International recognition has also led to shows across Europe and heavy radio play in Germany and the UK. See Gundelach live at the following upcoming dates:

Submerge yourself in the dark depths of Gundelach’s “Holy Water” now at the links below and be on the lookout for more to come in 2017.