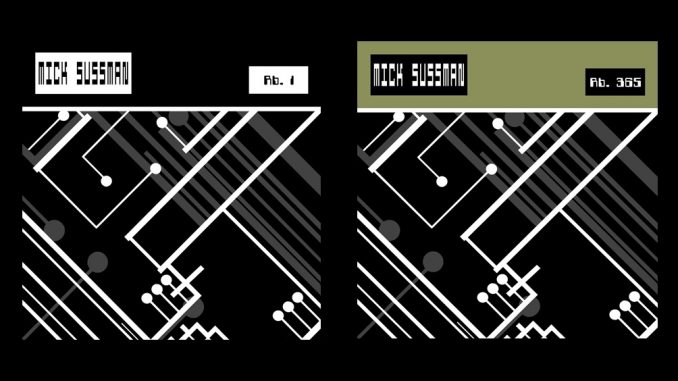 Who is the composer? Mick Sussman (U.S.) – or his own software program, The Rosenberg Algorithmic Music Generator?

With the push of a button, Rosenberg creates a unique composition, making thousands of decisions based on a sequence of randomized processes. The titles are generated randomly as well…

Rosenberg is freakishly prolific: it can crank out music as fast as a human can process it, 50 hours and counting.

The pieces on The Rosenberg Algorithmic Music Generator: Selected Works, Vol. 1 are in the same vein as the just released 365 singles. Since the CD tracks are generated after this large project, they also unveil an interesting development…

The CD is available in a limited edition of 500 copies.