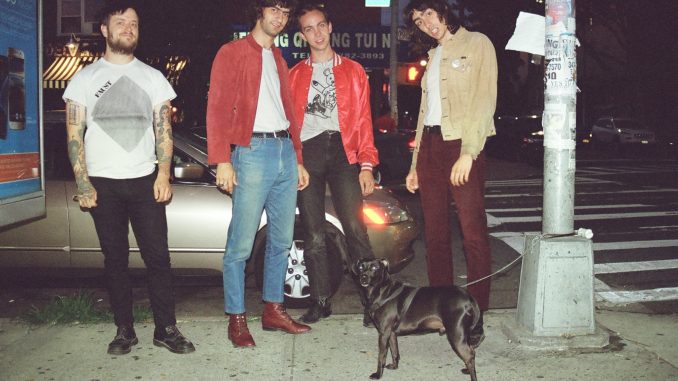 Since their first demo in 2013, the Austin expats in Institute have edged their raw anarcho punk blitz into something much more expansive and nuanced. 2014’s Salt EP marked the beginning of the band’s working relationship with Sacred Bones, and it explored longer, more experimental song forms. Catharsis, the band’s debut full-length, was another huge push forward, with a slightly cleaner production and some krautrock influence creeping in around the edges. Subordination delves even further out of genre, incorporating hard rock and glam and writing some of the most diverse material of their career.

Recently the band shared “Powerstation,” and today they are sharing album opener “Exhibitionism.” A snarling post-punk punch-in-the-gut. Something like putting the driving force of Warsaw with the angular guitar work of Crisis in a blender.

Vocalist Moses Brown had this to say about the track:

The band have also shared a slew of summer tour dates – find both those and the stream of “Exhibitionism” below!