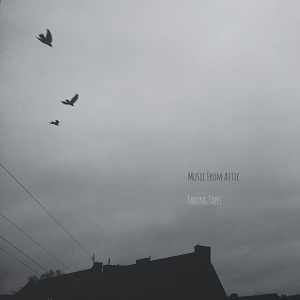 Fading Tapes was formed in 2014 by Krzysztof Siwkowski and Marcin Lasek in Szczytno, Poland, mainly playing space-rock / post-rock and ambient music. Their main inspirations are independent cinema and life itself and they make references to the various bands like Stars Of Lid and God Speed You Black Emperor.

They had started their musical journey in 2006. In the beginning they focused on genres like ambient and electronic. They pivoted their sound and started to play live instruments such as classic guitars and african drums, combined with synthesizers and extraordinary sounds and voices. They decided to change main instruments to only electric guitars, which today creates their specific spatial sounds and effects, and percussion which gives sharpness, psychedelic or gentle space rhythm. Their debut album “Music From Attic” was made in the attic in late summer. The silent and lonesome space was ready to cooperate with the band and allowed to create this spatial atmosphere. They also found a new instrument, some kind of trumpet, that was used as a thready, tearful voice.

“Music From Attic” have long, dreaming guitar compositions decorated with the silenced or sharpened sounds of percussion. Every song is a story expressed through instrumental lyricism. A story that was mostly improvised. It means that there was no plan, no arrangement, only experiences of everyday life and sounds that moved artists to specific, imaginary places, where they could create the stories. As they themselves admit, each song has its own story, that can be received in a different way every time somebody listens to it.