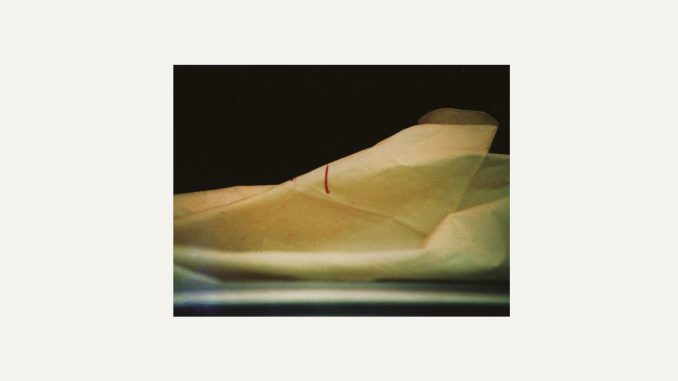 “These new songs, seven of them in the end, are fantastic – running the gamut between funk basslines, rolling piano, hissing booms, insidious Vatican shadow rattles and BBC Radiophonic Workshop if they did goth ballads.” – The Quietus

Matador Records is excited to announce Algiers’ second album, The Underside Of Power, that will be released on June 23. The Henry Busby-directed video for the simultaneously incendiary and infectious Suicide-meets-Temptations first single and title track ‘The Underside Of Power’ can be viewed here.

Recorded largely in Bristol and produced by Adrian Utley (Portishead) and Ali Chant, mixed by Randall Dunn (Sunn O)))), with post-production by Ben Greenberg (The Men, Hubble, Uniform), touchstones on the uncompromising and impassioned album run from Southern rap to Northern soul, gospel to IDM, industrial to grime to italo. More pertinent than ever before, The Underside Of Power follows Algiers’ 2015 eponymous debut which received praise from the NY Times, Pitchfork, The Quietus and others. The record touches on oppression, police brutality, dystopia, and hegemonic power structures. Its fiery lyrics encompass TS Eliot, the Old Testament, The New Jim Crow, Tamir Rice and Hannah Arendt, while carried by soulful and visceral songs, meditative moments and personal reflection.

Now a four-piece, with the addition of Bloc Party founding member Matt Tong on drums, the Atlanta-London-NYC outfit will be coming to Europe for an arena tour with Depeche Mode in June and July alongside their own headline dates, to be followed by a North American tour. Full dates can be found below.

We won’t be led to slaughter.
This is self-genocide.
It’s the hand of the people that’s getting tenser now,
And when we rise up… (Algiers)

This is the musical response that dark times demand. One that not only shakes its fist but deploys it. Locally-informed and globally based – Algiers refuse to sit idly by while most contemporary artists appear perfectly content to wait out the revolution. Not only do they harbour a purposeful sense of obligation in what they do on their latest resistance record, The Underside Of Power, but they recognize the roots and thorns of precedent in said resistance.

Led by vocalist and lyricist Franklin James Fisher, their shared experiences and collective understanding of this rising tide of sinister politics – growing up together in Atlanta and witnessing first-hand the pervasiveness of racialized and institutional violence – compels them to make music together, to combat the potentially crippling waves of frustration and despair and to let out a soulful roar, a call-to-action set to an eclectic, positively electric beat.

Featuring a sample of slain Black Panther Fred Hampton, the revolutionary ‘Walk Like A Panther’ presents an alternate reality where Adrian Sherwood produced Yeezus instead of Rick Rubin, with Fisher bellowing justifiable threats over a storm of formidable sonics. ‘Death March’ fuses post-punk primacy to the Italo-horror tradition, in an effort to mirror a looming and perpetual sense of modern dread. Elsewhere, the raucous ‘Cleveland’ turns into a full-on demonstration, with names of victims of institutionally sanctioned racial violence like Sandra Bland and Tamir Rice invoked over a neck-snapping electro beat.

The dangerously poppy title track finds a glorious midpoint between Suicide and The Temptations, making for the catchiest expression of outrage this side of the ‘70s. A Molotov cocktail of a single, that particular song represents a potential paradox for Algiers, the maintaining of a renegade righteousness in the midst of a peppy soul tune. The band doesn’t concern themselves too much with that risk, however. “No matter what your messaging is, you can’t control what people will or won’t take away from it,” says Mahan. “The only thing you can do is put stuff of substance out there.”