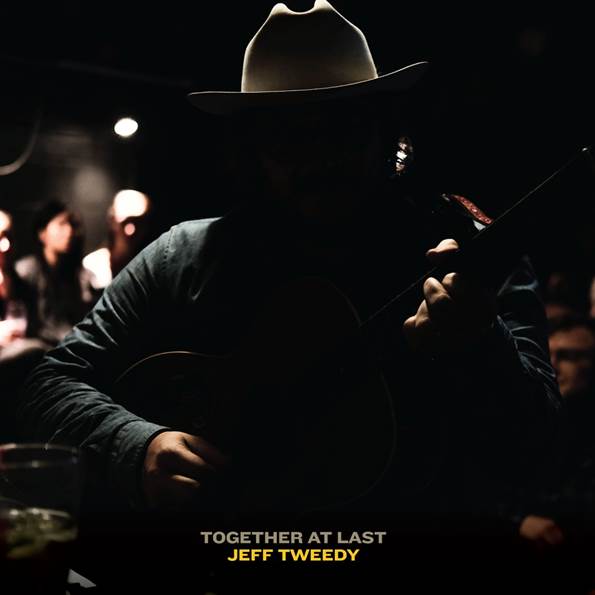 First album of its kind for Wilco leader features intimate recordings of songs by Wilco, Loose Fur and Golden Smog

Songwriter Jeff Tweedy will release “Together At Last”, a new solo acoustic collection, June 23 on dBpm Records. Recorded at Tweedy’s Chicago studio The Loft, the album features intimate renditions of 11 Tweedy songs previously released by Wilco and by Tweedy’s occasional side projects Loose Fur and Golden Smog. It is the first in a proposed series of releases –Loft Acoustic Sessions– where Tweedy revisits his vast catalog of work, which spans three decades and more than 20 albums.

“Together at Last” is available now for preorder from the Wilco store with an instant download of “Laminated Cat,” a song that originally appeared on the 2003 self-titled debut album by Loose Fur, Tweedy’s project with Wilco drummer Glenn Kotche and musician Jim O’Rourke. Other songs on Together At Last include new versions of Wilco classics like “Via Chicago” and “I Am Trying To Break Your Heart” as well as less familiar tunes like “In A Future Age” from Wilco’s 1999 album “Summerteeth”.

Together at Last was produced by Jeff Tweedy and Tom Schick, and mastered by Bob Ludwig at Gateway Mastering in Portland, ME. Release day for the album coincides with the opening of Wilco’s fifth Solid Sound Festival, the band’s three-day festival of music, comedy and art at MASS MoCA in North Adams, MA. Three-day passes and single day tickets are available now via solidsoundfestival.com.

JEFF TWEEDY släpper “Together At Last”