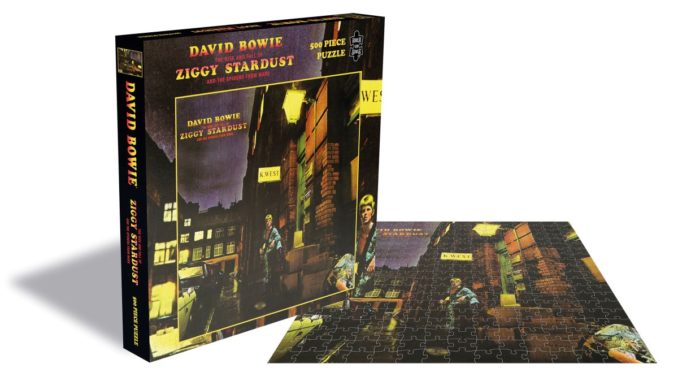 David Bowie get the Rocksaws jigsaw puzzle treatment in September and October 2020. In addition to three previously announced David Bowie rocksaws in September Zee Productions will now add to that with three more coming in October.

Zee Productions will release three more classic album covers, as 500 piece jigsaws, in October 2020, on Zee Productions imprint Rock Saws. The iconic arts of some of Rock’s most influential and highly regarded albums is presented in puzzle form for the first time ever. All puzzles come in a vinyl box set sized box, perfect to fit alongside a vinyl record collection.

Aladdin Sane, Heroes and Hunky Dory are due for release on October 9, 2020. The Rise And Fall Of Ziggy Stardust And The Spiders From Mars, Tonight and Never Let Me Down are available on September 4, 2020.