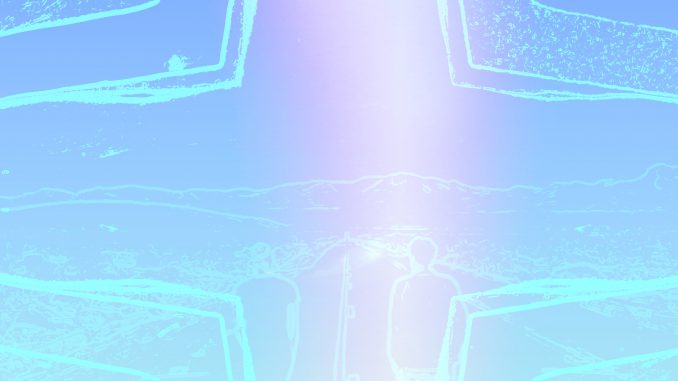 Lea Porcelain give us a new single, “Remember,” from their forthcoming full-length debut Hymns To The Night, out June 16th. Lea Porcelain explain “the meaning of ‘Remember’ sounds romantic by its first impression – like a song about a distant love, which it is in some way, but only slightly inspired by a woman. It was more like a feeling or a life we’ve been living until then. It is a special track in which the verses sound like they are sung in a complaining voice, directed towards a lover, whereas the chorus itself is influenced by the topic of selling your soul for musical creativity or genius.”

Hymns To The Night was written and recorded over a two year period in Berlin’s FUNKHAUS, a broadcasting house created under Soviet supervision that now houses the world’s biggest recording studio. The spectrum of the album is extremely wide. Hymns To The Night bends genres, yet every song works together, playing with very different moods. Lea Porcelain describe their sound “atmospheric, cinematic and melancholic”.

WATCH: ‘This Is Lea Porcelain. A Portrait By Ramon Haindl’
An intimate visual portrait of the band living and recording in Funkhaus Berlin

Before this, project members Julien Bracht and Markus Nikolaus were working within completely separate musical spheres. Bracht was a successful techno producer touring the world, Nikolaus a go-to independent musician, navigating between Berlin and the rest of the world.

Both frequented legendary club Robert Johnson, in Frankfurt. Bracht was a regular fixture, and Nikolaus was drawn to the way his future bandmate favored live instrumentation over the norm. Within hours of their first session, Bracht promised he’d bid farewell to solo success in order to make this project work. “The first session was a complete new experience of making music,” he remembers. “There was such a power behind this music.” Never confined by genre, they’re free to pursue any kind of song, through whichever route they please.

Lea Porcelain aim to make “universal” music; songs people can treasure in day, night, between different states of mind. They want to make music for “the entire world”, and this partly stems from a globe-trotting past. No matter the genre, range of instruments or sound palette, their presence is unmistakable. Every song is tied together by the duo’s ethos, their free approach towards making music. In the standout moments of their debut, everything spills outwards, drums cascading into the distance, a cross between self-destruction and complete euphoria.

Hymns To The Night will be available on CD, double gatefold vinyl and digitally.