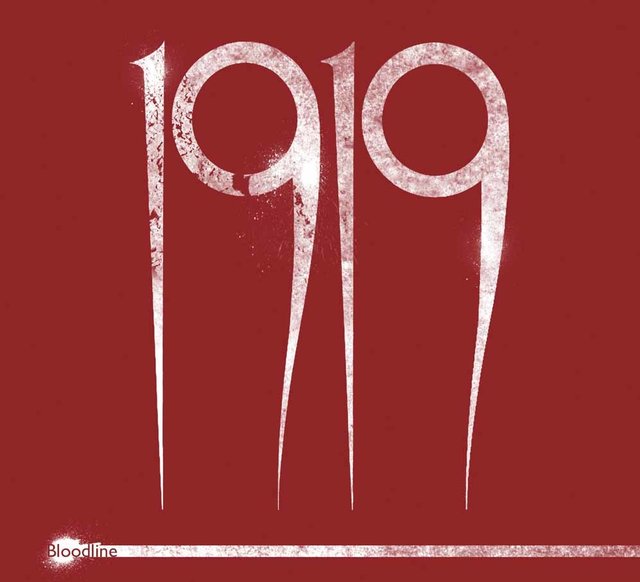 03•03•17 sees the worldwide delivery of ‘Bloodline’, the second studio album from apocalyptic demons 1919.

Sit back, get uncomfortable and listen to the soundtrack to the end of the world

The band formed in December 1980 in Bradford and set about recording heavy, melodic, intense dance music with no frills and pretentions. The band were an early contributor to what became the Goth genre.” (Gods and Alchoves) 1919 had chart success with the singles “Caged”, “Repulsion” and “Cry Wolf” as well as the 1984 LP “Machine”, and recorded two Peel Sessions.

In 2014, founding guitarist Mark Tighe attempted to reform the band, recruiting Rio Goldhammer from the Leeds underground scene to perform vocals and (initially) bass.
In 2015, original drummer Mick Reed returned to the fray, providing the final piece of the puzzle in the form of bassist Karl Donner. With the band’s core reunited, the “’Madness Continues’ Sessions” live album quickly emerged, along with the self-released Death Note EP.

Two European tours and a host of festival appearances later, the band signed a deal with Westworld Recordings in 2016 to release a new album, “Bloodline”. The second studio album from 1919 is to be released in March 2017, 33 years after the first.

This is a must have for fans of Bauhaus and Killing Joke.